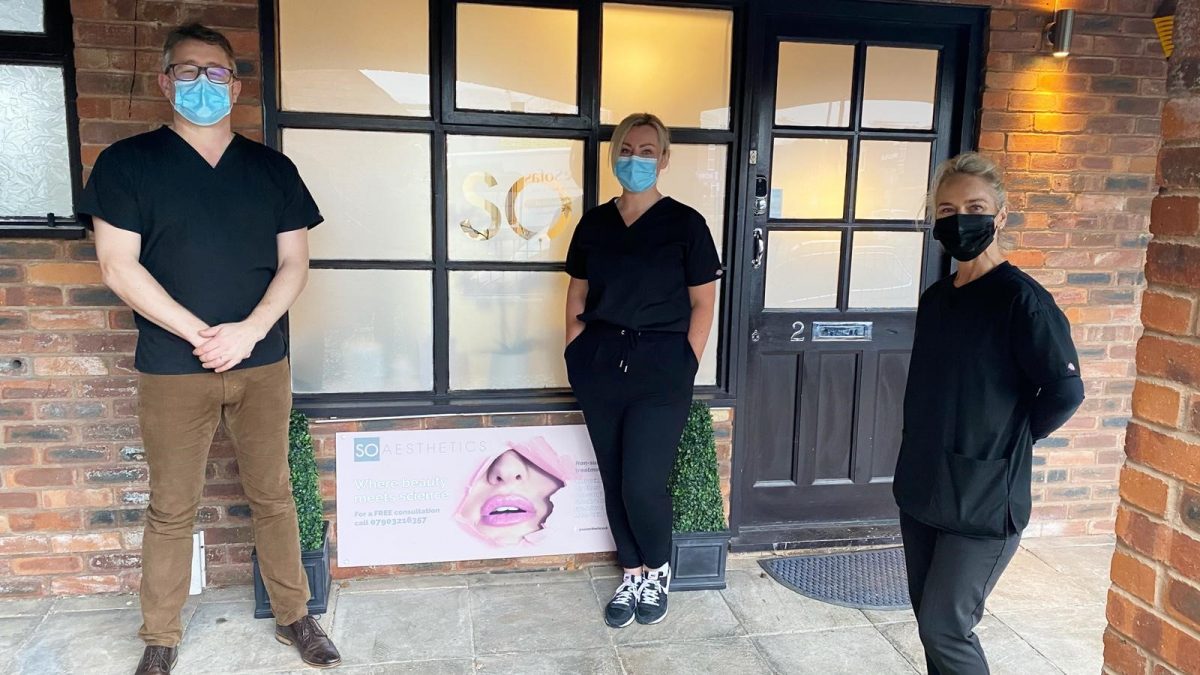 AN EXPANDING Worcester aesthetics business has been shortlisted as a finalist for a prestigious award for the quality of its treatments and customer service.

So Aesthetics, which is based in the city’s Tannery Mews, is one of six finalists within the Best Midlands and Wales Clinic category as part of the 2020 Aesthetics Awards which recognises excellence across the medical aesthetics industry.

Owned by clinical director Dr Matthew Davis and registered nurse Nicola Kitchin, the business has impressed judges with its growth and the variety of skin, anti-wrinkle and non-surgical treatments it has provided for hundreds of customers since it opened in 2017.

Judging for the award will conclude in February with the winners being announced at gala ceremony planned for May.

A LEADING Green Party councillor has criticised the Government for its inaction to stem the Covid infection rate across the country. Coun Matthew Jenkins, Green Party County Councillor for St Stephen spoke out after the Office of National Statistics announced that last year the UK recorded the highest levels of excess deaths since the Second […]
The post Government’s inaction blamed for record level of excess deaths appeared first on The Worcester Observer. Worcester – The Worcester Observer …

SIGHT Concern Worcestershire has launched new services to help people with sight loss/visual impairment beat loneliness. The charity has created a new Facebook page for its users and carers to have a safe space to discuss their issues and needs. They will be able to find information and seek advice from sight loss advisers on […]
The post Looking at ways to end loneliness appeared first on The Worcester Observer. Worcester – The Worcester Observer …