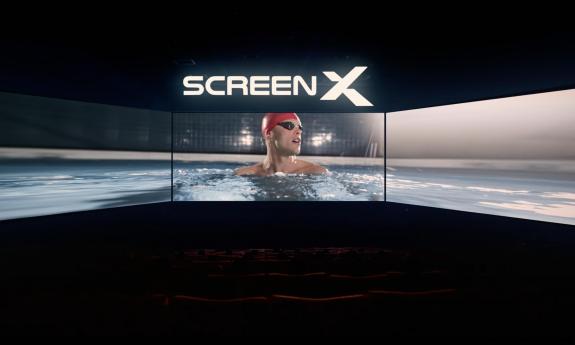 An Olympic swimmer from Droitwich is starring in a new short film to promote Avatar: The Way of Water.

Matt Richards, who won gold at the Tokyo games last year, features in the film alongside Birmingham-based swimmer Alice Dearing.

The film will run ahead of trailers at Cineworld and sees the two Olympians tell the story of their own ‘way of water’ as images of them in the pool are contrasted with images of them immersing themselves in the sights and sounds of Cineworld’s IMAX, 4DX and ScreenX experiences.

The film was shot in Cineworld Sheffield and at the Lenton Centre swimming pool in Nottingham.

Casey Cohen, head of marketing at Cineworld, said: “Avatar: The Way of Water is going to be the film event of the year, and immersing yourself in IMAX, 4DX and ScreenX is the best way to experience it.”

The new James Cameron epic is set more than a decade after the events of the first film and Avatar: The Way of Water begins to tell the story of the Sully family (Jake, Neytiri, and their kids).

It follows the trouble they face, the lengths they go to keep each other safe, the battles they fight to stay alive and the tragedies they endure. It stars Sam Worthington, Zoe Saldaña, Sigourney Weaver, Stephen Lang, and Kate Winslet.

He swam the third leg in one minute 45.01 seconds, a performance that helped the team win gold with a time of six minutes 58.58 seconds.

The gold was Britain’s first in 4×200 metre freestyle relay at the Olympics since 1908. Matt was appointed as an MBE in the 2022 New Year Honours for services to swimming.

Alice Dearing, 25, was the first black female swimmer to represent Great Britain at the Olympic Games, racing in the 10km marathon swim in Tokyo.

She also founded the Black Swimming Association, a non-profit organisation aimed at championing diversity in swimming across all levels of skill.