PAUL Loader insists Pershore Town “will go on to much bigger and better things” despite his exit as chairman.

Loader, also a youth coach at the club, is standing down after a year and a half at the helm which began with a “call to arms” when four of six committee members quit shortly after the start of the 2018-19 season.

READ MORE | Bromsgrove Sporting boss: “I don’t think this season will get completed”

He revealed there would be no mass walkout this time and while the club wishes to add to its operational base and invites external applicants for the chair, “business as usual” is anticipated once the lockdown caused by the coronavirus outbreak is over.

“I have done everything I set out to and had never planned to do it long-term,” said Loader.

“At the time it was about taking the club through its period of transition and I always planned to leave at the end of this season.

“With everything coming to a standstill it felt like a good time to do it with the club shut. We don’t know whether this season will restart and this gives people more time to consider whether they want to take on the role.

“We wanted to get the club back on a better financial footing, although we didn’t advertise the difficult position when we took over. That’s been sorted.

“The youth structure was almost non existent, now it is thriving with teams from four-year-old all the way through to under-18s.

“The first team is set up on the basis of new, younger and local talent instead of paying people who may not have the same allegiance lots of money.

“Those things have been done and I am also a lot more busy at work. It would be unfair on the rest of the committee with me unable to put in the time they do.”

READ MORE | Ex-City chairman in self isolation with “dry cough”

READ MORE | What should we do with the non-league season if it cannot be completed?

On any risk to the club’s future, Loader added: “The reason I can say I am going now is because we have a strong committee.

“Me stepping away is going to have little to no impact on the club’s ability to run, Mark Thomson (vice-chair) is well respected and no doubt he will act as chair for the moment and it will be business as usual.

“As a committee we have always looked to get more people on board because it shares the workload. That drive will continue.

“I am not aware of anyone inside the committee stepping up to take the role but they might. I am sure there will be external people throwing their hats in the ring.

“I won’t be involved in that selection, the committee will shortlist for the members to vote.

“I have enjoyed the role and wish everyone at what is a fantastic club every success. I am sure it will go on to much bigger and better things in the next few years.”

Loader still plans to remain involved with the under-16s and continue as a supporter of the first team. 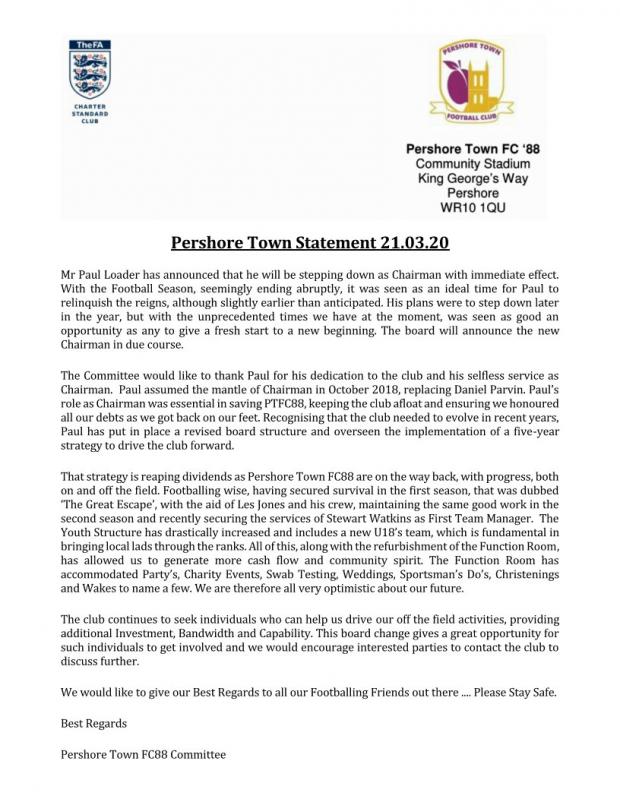 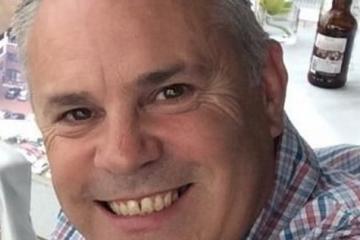