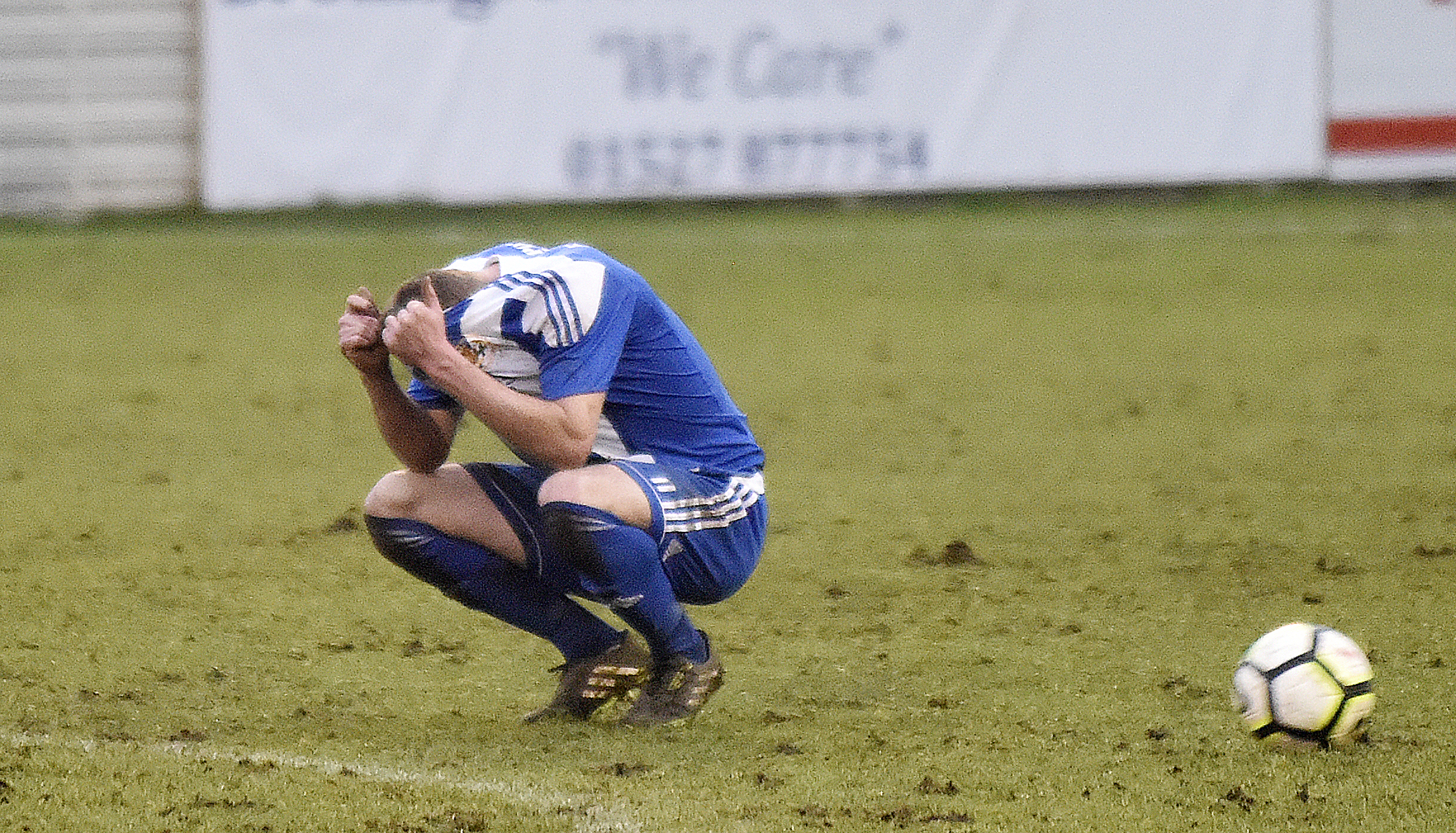 WHAT happens now? That’s the burning question at every level of football in the wake of the coronavirus outbreak.

Reports suggest there is a strong desire in the professional ranks to get the current season completed under any circumstances.

That – along with pretty much every other solution – is fraught with difficulty in terms of delivery.

Here we look at the three main schools of thought for the non-league competitions and some of the considerations the semi-professional ranks will have, not least the scheduled restructure of leagues at the levels City, Raiders, Pershore Town and Evesham United play at.

It seems to be the outcome everyone dreads.

The only precedent for it is ceased play during World War I and World War II but the 1914-15 league season was completed and 1939-40 had only just begun – neither were up to three-quarters the way through like today.

The financial rewards for success the higher you go mean no one wants to give up on the bounty they have been working towards – Leeds United chasing a return to the Premier League being the case in point.

But while the competitions outside the top four tiers are miles away from that multi-million-pound industry, there are still destiny-changing sums available for successful outfits.

For example, promotion from the Southern League to National North would enable a club to access television money and apply for grants to pay for a community engagement manager – perhaps covering the wage of a player to go full-time across two roles.

Denying a club the chance of promotion from any level has financial considerations – clubs that have set budgets in order to achieve progress would be punished by having no chance of gaining reward.

Some may sneer at that, particularly in non-league, but by chalking off what has gone well-resourced, ambitious clubs either have to swallow that risk a second time or stifle plans.

Think of the cup competitions, too, particularly the national ones.

How can you tell ex-City manager and Halesowen Town assistant John Snape to forget the prospect of a Wembley final having toppled teams from three divisions higher to get one step away?

PLAY ON WHEN WE CAN – WHENEVER THAT MAY BE

There has been a vow from the FA and clubs, at professional level at least, to make sure this happens but it has its problems too.

Player contracts run out in June and while there may not be so many of those at City’s level, that actually creates a bigger issue.

Squads frequently get decimated by clubs offering more money, a problem that could be exacerbated at a time when smaller outfits will have revenues slashed and struggle to pay even expenses.

If any decision is made to extend contracts to get 2019-20 over the line, how will that work in the semi-professional game where players have other jobs and may struggle to turn out at other times of year?

Holidays are hardly top of anyone’s priority lists at the moment but if circumstances allow football to go ahead, it is likely those players who make sure they go away during the closed season will be booked up to jet off somewhere sunny.

All of this in the season that sees four go up from leagues at the level Raiders and Pershore play at.

As soon as many of the step three and four matches got called off while Midland Football League and West Midlands (Regional) League games went ahead, forms got signed for ringers to boost squads.

There would be a lack of fairness if the season got wiped but surely this virus is going to skew the balance of the business end of the season anyway.

SETTLE IT ON CURRENT STANDINGS

Potentially the most controversial way of doing it but don’t rule it out, the FA loves points-per-game (PPG) ratios.

It is likely that leagues would be settled by dividing the number of points earned by the games played to decide the finishing positions, meaning a team currently top may still see the title head elsewhere.

In one respect it is the fairest way, those with the best records from the games so far go up or down but there are so many downsides.

How do you square the circle of which teams had which others to face? Particularly in non-league where the schedules can be erratic to say the least.

Coventry United lead by seven points but give away three games in hand to second-placed Sporting Khalsa. One goes up automatically, runners-up may go up dependent on PPG across 14 leagues (we’ll come back to that in a moment).

Coventry’s PPG is 2.14, Khalsa’s 2.11. United have to host Khalsa, currently on the penultimate weekend of the season, as well as facing third-placed Romulus – still in the race to go up themselves – home and away.

Khalsa could quite fairly argued shutting it off now, even in these unprecedented circumstances, would be unfair.

At the bottom, Selston (PPG 0.52) occupy the only relegation place and trail Gresley (0.62) by three points with a game in hand. Lye Town (0.64) are a further two ahead having played two more games than Gresley and three more than Selston.

All three clubs have new management teams, how can such tight gaps be deemed final when each has made moves to improve its lot?

Now apply the rules for this season across the leagues at City’s level, all 14 of them.

Seven runners-up miss out on automatic promotion and must go into a play-off with the bottom-placed teams from the level above to go up.

What if those teams had favourable run-ins and miss out by a fraction?

The two best PPG records of bottom-placed clubs will be spared – again, what about the fixtures those teams had left?

Then you come to the play-offs. If league matches can’t happen, nor can play-off games.

It is looking likely that the season will not be complete by July.

If it can be, postpone for now and swallow the imbalances that will cause. If not, scrub the season.

For teams to be able to go up, win prizes and claim financial rewards there must also be losers. Why should clubs lose status and at the top level millions of pounds through no fault of their own?

Granted, that creates losers like Leeds but they would not lose something they actually had, just the opportunity that would still be there next season.

In non-league, delay the restructure by a year and go from scratch with the leagues as they were from August.

Planning to do that – only on the basis of competitions not being completed – would give clubs certainty, knowing which league they will be in.

There is enough of a lottery with regionalised leagues as it is, waiting will only make life harder for clubs at this most uncertain of times.

People will raise the financial implications but those will be there and get worse for as long as the virus is around – at least this call would tell everyone exactly where they stand and allow them to prepare squads for on the basis of certainty.

That clarity could be crucial to grassroots clubs surviving this crisis financially.

The caveat – if this thing goes on for roughly a year, do we restart with the league tables as they are?

Come what may, the solution needs to be consistent and in the interests of all, not just the giants.