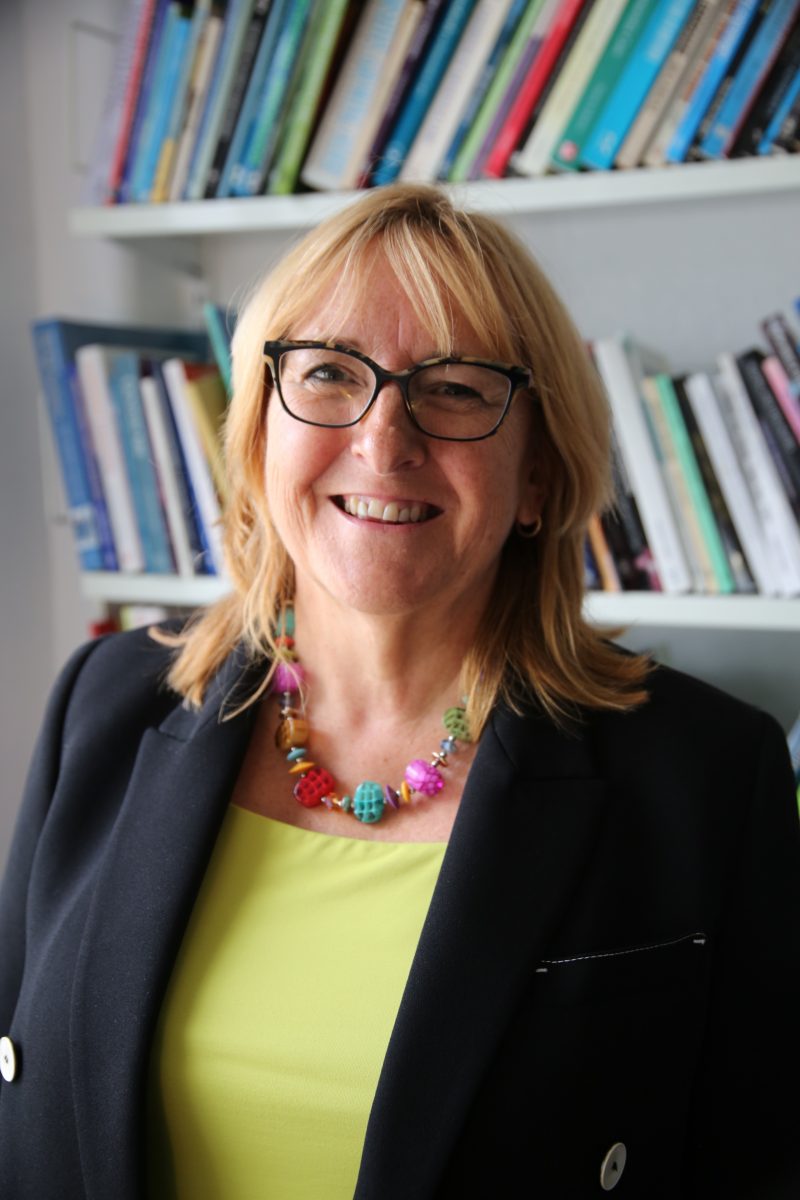 A PROFESSOR who has dedicated more than 35 years of her life to helping improve care for people living with dementia has been recognised in the Queen’s New Year’s Honours.

Professor Dawn Brooker, Director of the Association for Dementia Studies at the University of Worcester, has been made an MBE for services to supporting those living with dementia, and their carers, through research, education and policy advocacy.

“I have been privileged to work in the NHS and the university sector as a clinical psychologist and a professor in dementia care,” she said. “During my career, dementia has shifted from being a condition that many had never heard of to one that now affects most families in the UK. I am very grateful to be made an MBE for services to those affected by dementia. However, I also feel humbled by the knowledge that we still have a long way to go to ensure that everyone gets the best treatment and care. I will use this award to play my part in making this a reality.”

Professor Brooker first chose to work in the field of dementia care more than 35 years ago, when it was very much a ‘Cinderella subject’, recognising its importance for millions of people. She has strived to ensure those living with dementia and their families are not marginalised within society and has advocated for the voice of people with dementia to be heard.

Her work has advanced professional practice and she is now one of the UK’s leading experts, whose work is well known around the world. Throughout her career, Professor Brooker has made a major, transformative contribution to improving standards of care. She has served on many national and international bodies, provided evidence to Government enquiries and contributed to the G7 Action on Dementia and Action Against Dementia.

Under her leadership, the Association has addressed the global dementia challenge through outstanding achievements locally, nationally and internationally which have been central to the transformation of care for many thousands of people affected by dementia and their families/friends. Through development of a truly integrated staff and student team, Professor Brooker has made it day-to-day practice to authentically involve people with dementia, their families and their carers in research and education programmes. This inclusive approach has led to a cutting-edge contribution to building evidence-based, practical ways of working with people living with dementia and their families to enable them to live as well as possible.

Professor Brooker was awarded the Lifetime Achievement Award at the National Dementia Care Awards 2019 and earlier that year was named as one of Universities UK’s top 100 Lifesavers working in Higher Education.

The University of Worcester won the Outstanding Contribution to Local Community award at the 2019 Times Higher Education Awards in recognition of the Association for Dementia Studies’ work to develop Meeting Centres in the UK.

Professor David Green CBE, University of Worcester Vice Chancellor and Chief Executive said: “The scale and purpose of Dawn’s achievements in dementia care is unique. She has created significant and life-changing practises to support people around the world and dedicated her professional life to ensuring the voice of people with dementia, as well as their families and carers, is heard in political and public forums. She has given a platform to and inspired those wanting to make a change to the way dementia is perceived and the ways in which people are cared for, always with the aim of helping people live as well as is possible with Dementia.

“Dawn’s reputation it truly global and she is one of the key advocates for truly sustainable and innovative ways of working. We are very proud of Dawn and all the colleagues working in the Association of Dementia Studies. This national award is truly deserved.”

Cotheridge-based Simon York, director of the Fraud Investigation Service, was named a Companion of the Order of the Bath for his work fighting against serious fraud.

Worcester’s Dr Ann Marie Fitchett, policy and legislation principal at the Defence Maritime Regulator and Caragh Merrick, trustee and chair of finance committee at UCAS, were both honoured with OBE’s.

Freda Davies was awarded the British Empire Medal for services to her community. The 83-year-old supported Hallow Church and numerous charities for the last 50 years.

The founder and chair of ASPIE, Julia Micklewright, also scooped the British Empire Medal for her work with people with Asperger’s Syndrome.