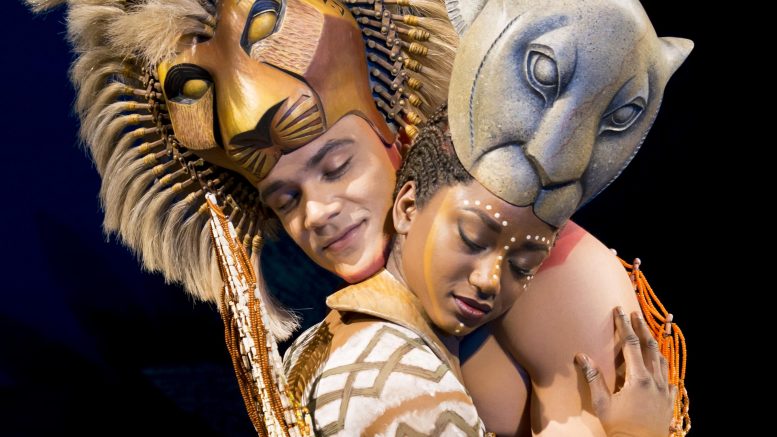 The Lion King has entertained over 16 million theatregoers and remains the West End’s best-selling stage production since the UK premiere in London on Tuesday, 19th October 1999.

The story of the Lion King is miraculously brought to life by a cast of over 50 actors, singers and dancers using masks, puppets and amazing costumes to tell the story of Simba’s epic adventure as he struggles with the responsibilities and death of his father he eventually conquers his vicious Uncle to take back the crown and become king.

The opening few minutes are simply stunning (be seated or miss out!). You’ll never forget the opening sequence – the sights and sounds of the animal kingdom encompassed by Elton John and Tim Rice’s Circle of Life – phenominal.

The team of designers artistic skills are to be applauded for their beautiful creation of work. Sumptuous sets, costumes a breathtaking spectacle.

Impeccable choreography, there is so much happening blink and you will miss something – spellbinding.

It would be remiss of me not to mention the the super orchestra.

No expense has been spared on this five star production which is rich in quality – runs until Saturday, 23rd November at the Bristol Hippodrome.