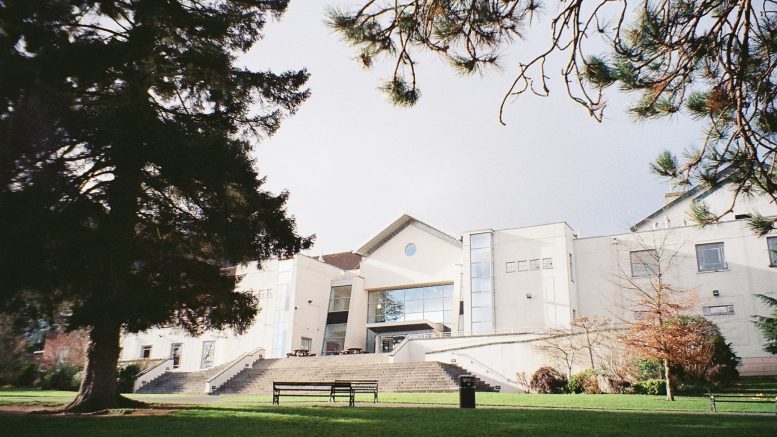 THERE is no doubt that the arts in Worcestershire are facing an unprecedented challenge because of the current pandemic.

Several theatres across the Midlands have already closed. And fears have also been expressed about the future viability of others throughout the region.

As many readers will know, I have been reviewing theatre productions, music concerts and other forms of entertainment for the Worcester News and Malvern Gazette for more than three decades.

As well as appearing across various Newsquest sites, my work has also been published in a range of other nationally-circulating arts publications. For me, life without being exposed to artistic expression wouldn’t be very much of a life at all.

And that’s why, during this period of lockdown, I have been sending letters to national and provincial newspapers, highlighting the plight of the arts, and also questioning why some showbiz millionaires – many of whom cut their professional teeth in local theatres – have not been able to put hands in pockets.

I also contacted Worcester MP Robin Walker, who put me in touch with Minister of State for Digital and Culture Caroline Dinenage. Her generous reply, stressing the Government’s commitment to the arts, was encouraging to a degree.

But could there indeed be light at the end of this particularly very dark tunnel? I say this in the light of hearing the news that Malvern Theatres has been awarded £15,000 by the British Film Institute’s Film Audience Network (FAN) as part of its BFI FAN Covid-19 Resilience Fund.
Before the crisis, Malvern Cinema was considered one of the great national successes of independent venues, with its interesting programming praised and its film festivals flourishing.

The British Film Institute (BFI) is a film and charitable organisation which promotes and preserves filmmaking and television in the United Kingdom. The BFI uses lottery funds to encourage film production, distribution, and education. It is sponsored by the Department for Digital, Culture, Media and Sport.
But Malvern Theatres now faces an uncertain future owing to the Covid 19 crisis, and this contribution will help protect the future of its cinema.
The theatre’s own public fundraising appeal is also ongoing, with donations reaching more than £80,000 so far.
BFI FAN has allocated grants from its £1.3m National Lottery funding, as well as a £150,000 contribution from the Mayor of London’s Culture at Risk Business Support Fund.
Grants were awarded to independent venues in critical financial need as they continue to face months of closure and uncertainty.
Emma Maggs, Head of Development at Malvern Theatres, said: “Like all independent cinemas and venues, we lost our income overnight when we closed our doors in the face of the Covid-19 crisis.
“This contribution will help us survive these dark days and plan more confidently for the future. Film is at the heart of our artistic planning and we take pride in delivering an incredibly diverse programme.
“Malvern Theatres has built a loyal audience who like to watch films from every genre, and we look forward to welcoming everyone back to enjoy the best of British and world cinema as soon as we can.”
Ben Luxford, Head of UK Audiences, BFI, said: “Redirecting National Lottery and Mayor of London funding to make emergency grants to our independent exhibitors has proved to be a lifeline, enabling our fantastic venues, cinemas and festivals across the UK to remain in business in the immediate term.
“However, it is clear that these vital and unique organisations, which are crucial to the rich cultural fabric of their local communities, are still in crisis. When allowed to reopen, safely implementing social distancing guidance will not only be logistically impossible for some, but many are also unlikely to cover their costs when operating at reduced capacity.
“Losing these exhibitors would be a huge cultural loss for UK audiences, so I am pleased FAN has been able to help them keep the lights on while we all face the oncoming challenges.”
The Fund has supported 130 FAN Members across the UK with awards ranging from £415 to £23,000 each. The fund was administered through each of FAN’s regional and nationally based film hubs, working with the BFI, set up to support exhibitors and festivals which have faced unprecedented challenges, with many at risk of making staff redundant and permanent closure.
The Independent Cinema Office (ICO) conducted a survey – Reopening Cinemas the Independent Way – to understand the impact of the Covid-19 pandemic on the independent exhibition industry.

It found only 59 per cent of respondents considered they could reopen with social distancing measures in place, with 63 per cent stating they could survive for only three months. Almost half of the 59 per cent believe they will be able to open in September at the earliest.
The Resilience Fund is part of a package of support with which the BFI has quickly responded, in order to support individuals, productions, organisations and businesses that have been hardest hit by Covid-19.
BFI FAN – a unique collaboration of eight film hubs managed by leading film organisations across the UK – targeted the fund to help small and medium sized audience-facing organisations with a particular focus on venue-based exhibitors.
To donate to Malvern Theatres Covid-19 Appeal, please visit malvern-theatres.co.uk/support-us/