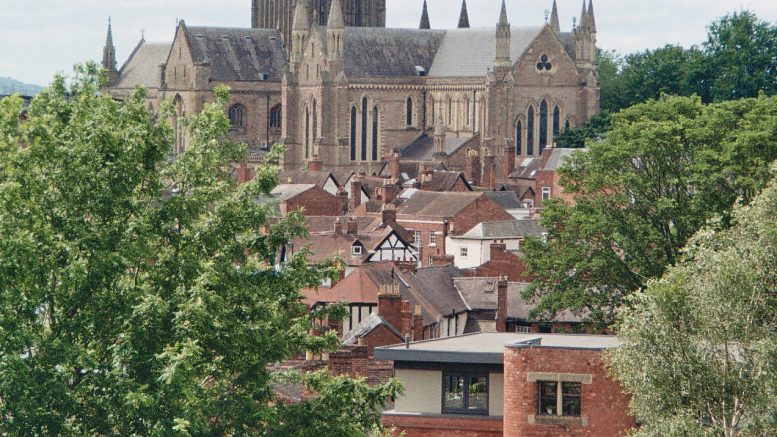 WORCESTER’S great summer celebration would not be complete without showcasing stunning musicianship and the city’s cathedral has once again provided the perfect platform for this year’s contributions.

This concert by the award-winning Evoke Chamber Choir formed the final performance of the Voces Academy summer conductors’ course which has been hosting a number of events throughout the first week of the festival.

Founded by artistic director Victoria Ely in 2016, Evoke supplied ample evidence of its growing reputation as one of the best choirs for young people in London.

And the centuries-tested acoustics of Worcester’s great church admirably suited the singers as they served up finely-honed renditions of Vaughan Williams’ Rest, Byrd’s Vigilate and the sumptuously ornate Pie Jesu, the last notes of which seemed to hang in the air as time somehow stood still.

The latter piece, by local composer Ian Venables, recently enjoyed its London premiere, and Ellie Parkes did it great justice with her magnificently delivered solo.

Worcester Cathedral has stood as a gleaming beacon of artistic brilliance in the world of choral music since the early mediaeval period and this superb series of concerts certainly confirmed its place in the firmament.