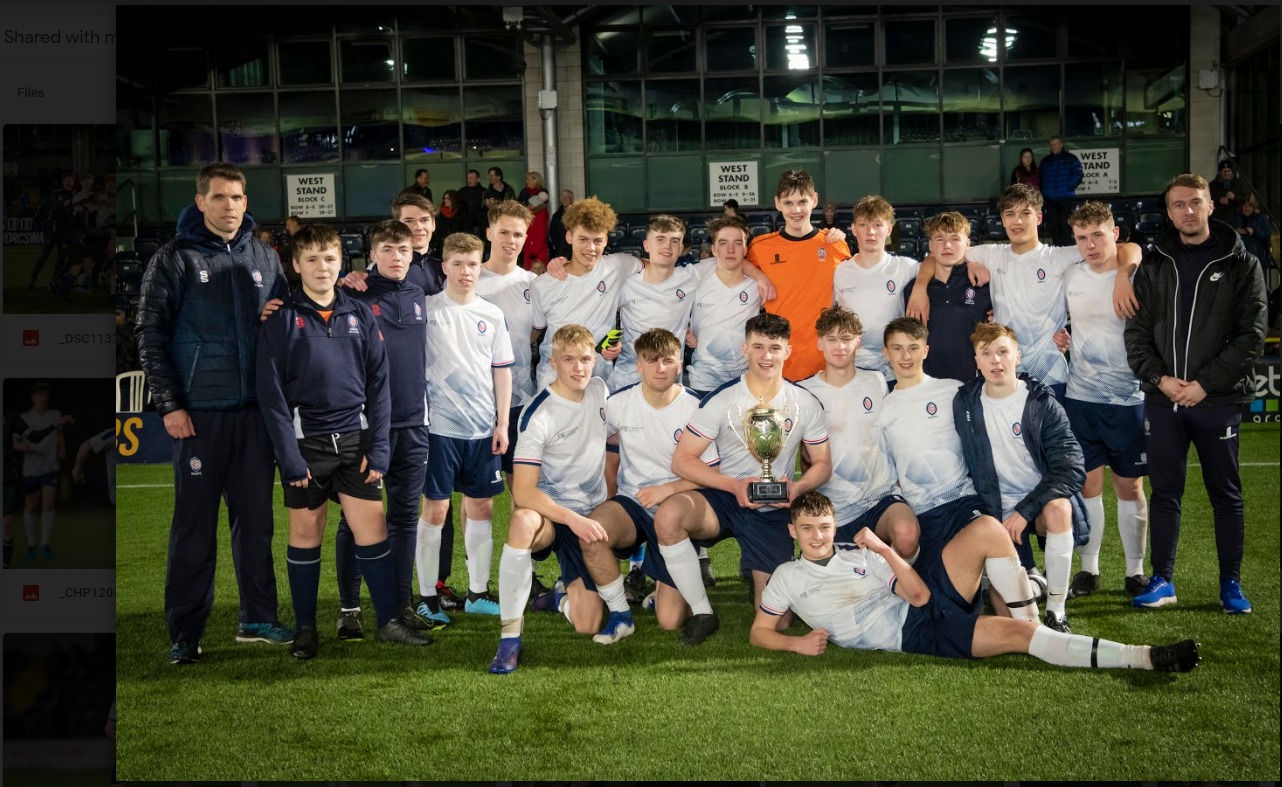 First-half goals from Alex Lowe and James Ulwin saw the King’s earn local bragging rights, as over 1000 supporters turned out at Sixways to witness the traditional fixture.

The game, now in its fourth consecutive year, saw the two local schools join together for an end of season local football derby.

King’s got off to a flying start with a dominating first half display leading to two goals. The first goal came from a pinpoint cross and was finished off by Sixth Form student Alex Lowe.

Lowe was then directly involved in the second on the 38th minute, as he drew a penalty which was expertly finished by James Ulwin, allowing the team to finish the first half in style.

RGS pushed in the second-half to get back into the game and despite battling hard in the wet conditions, King’s held on for an impressive victory that sparked jubilant scenes on the pitch at full-time.

Jon Sarriegui, Head of Football at King’s Worcester said: “After two years of achieving draws against RGS, our team was determined to win last night.

“They have had a strong start to 2020 following training with Inter Milan coaches over Christmas and have been undefeated in some tightly contested matches this year. All credit to them, their commitment as a team has been incredible and they deserve last night’s result.”

“Even with the hardship of the flooding which has hit Worcester and King’s we have continued to provide ongoing games provisions by fulfilling fixtures and lessons by using our flexible facilities across the whole foundation.”

A RAIL consultancy is the latest business to join Worcester’s Big Parade next summer. Birmingham-based SLC Rail, which supported Worcestershire County Council to design and deliver Worcestershire Parkway – the county’s first new station in over 100 years – and continues to support the council on future rail schemes in the area, is to sponsor […]
The post Consultancy on track to support Worcester’s Big Parade art trail appeared first on The Worcester Observer. Worcester – The Worcester Observer …