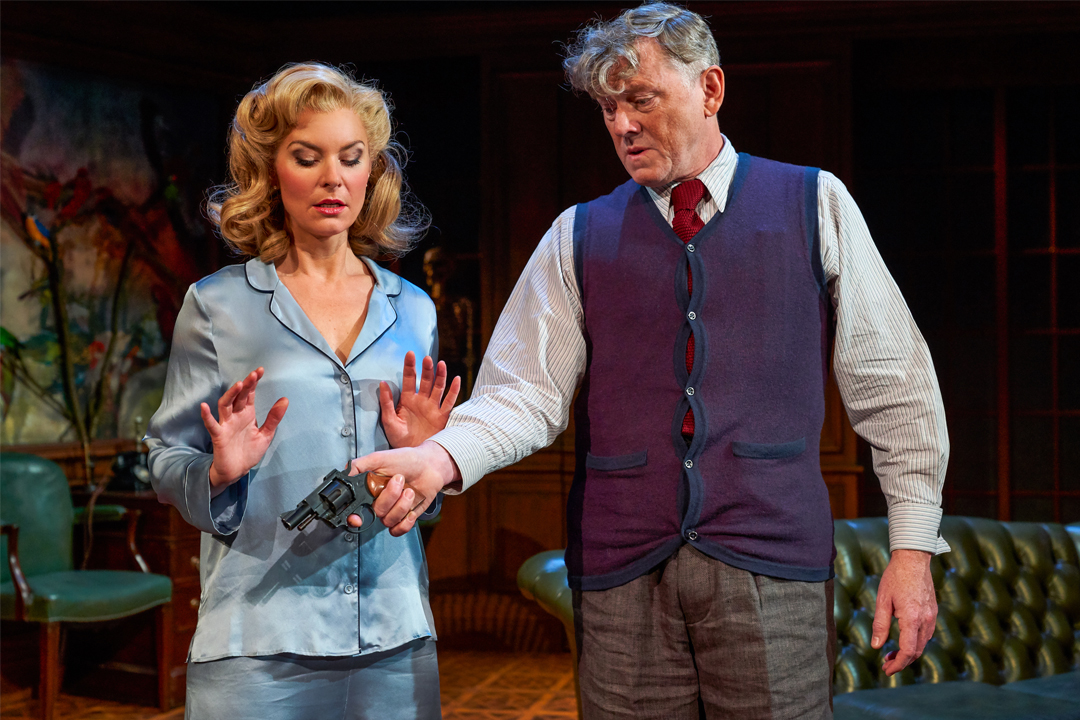 THERE’S certainly no telling where or when the creative muse may strike.

According to legend, the inspiration for John Willard’s immortal work occurred while he was strafing German positions in France during the First World War.

No wonder then that The Cat and the Canary always goes down like a bomb – even if it is a trifle difficult to imagine how the germ of an idea for a classic thriller came to the writer amid the shot and shell of the Western Front.

Anyway, the fact remains that this cracking whodunit placed – surprise, surprise – in a rambling country house on storm-lashed Bodmin Moor has lost none of its sparkling and timeless quality.

So. Plenty of thunder claps, lightning flashes, screams, endless bumps in the night and the occasional gunshot. You can’t beat it.

Into the mix are flung a group of individuals all of whom have some link to an eccentric millionaire who has died 20 years previously.

His solicitor has been instructed to reveal the sole beneficiary of the estate and, once this happens, the murderous resentment and darkness descends like the onset of a Cornwall winter’s night.

And just to complicate matters, it transpires that a psychopath has just escaped from a nearby lunatic asylum, and is not only on the rampage, but may also be running loose in the house. Care in the community this most certainly aint.

Director Roy Marsden ensures the period feel is maintained, steering the Classic Thriller Theatre Company cast through a plot that has more twists and turns than a Cornish cliff top path.

On the night I attended –Wednesday – star turn Britt Ekland was absent due to illness. Her role as mysterious housekeeper Mrs Pleasant was taken over at the last moment by Briony Rawle, and it must be said that she did a fantastic job, evoking memories of the Mrs Danvers role in Daphne du Maurier’s Rebecca.

Yes, this was a stonking night of classic theatre entertainment, courtesy of a company that Worcestershire audiences have taken to their hearts. It runs until Saturday (February 22).

AMBITIOUS plans for a £28million transformation of Worcester using Government cash will be debated by city council chiefs next week. Councillors on the Policy and Resource’s Committee will be asked to give the bid to breathe new life into Worcester the thumbs up when they meet on Monday (January 25). Worcester City Council will submit […]
The post City’s £28m revamp plan appeared first on The Worcester Observer. Worcester – The Worcester Observer …

THE MET Office has issued a yellow weather warning for heavy rain across Worcestershire today, tomorrow and into Thursday. The first rain is expected to arrive this afternoon and it is then expected to be continuous and heavy, through to the night and into the early hours of Thursday. It warned homes and businesses could […]
The post Flood fears as Storm Christoph sweeps in appeared first on The Worcester Observer. Worcester – The Worcester Observer …