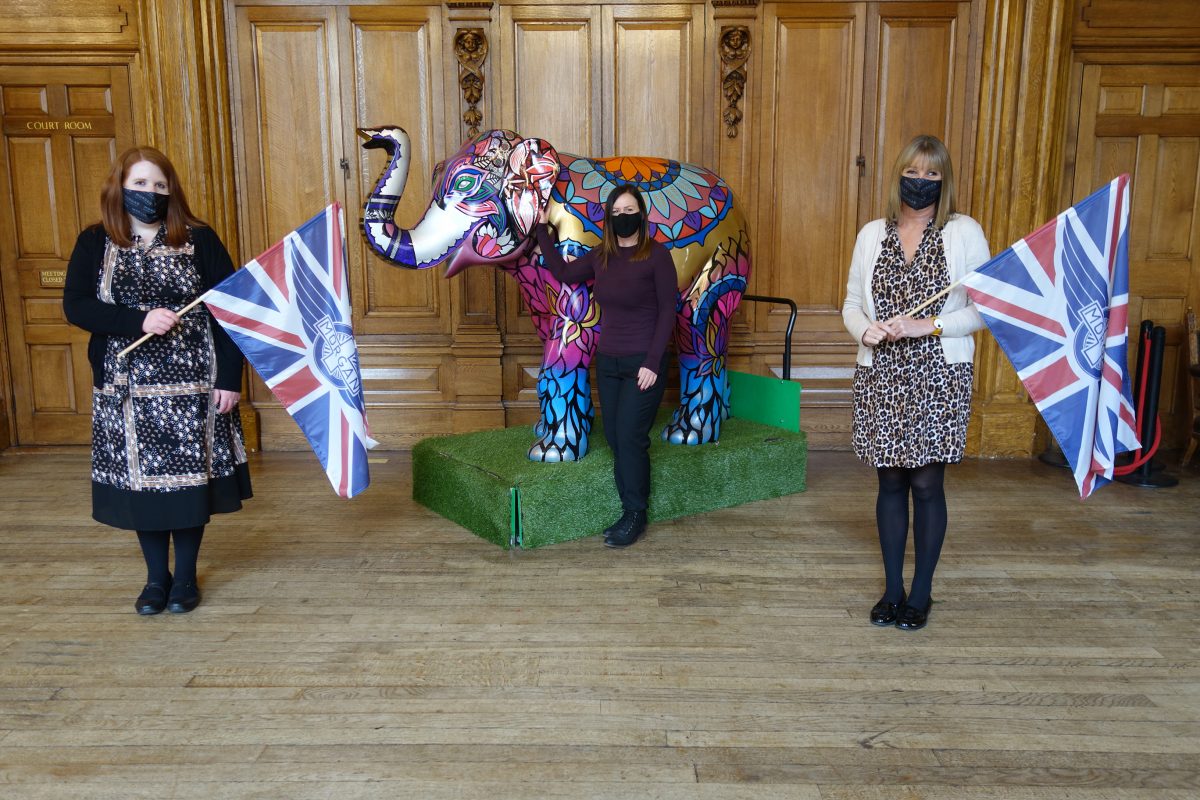 MALVERN’S Morgan Motor Company is the latest business to get on board with Worcester’s second major public art trail next summer.

The luxury car brand, which has been manufacturing vehicles in Malvern for more than 110 years, is to sponsor an elephant and an elephant calf during the eight-week sculpture trail being brought to the city by St Richard’s Hospice.

Morgan’s large elephant sculpture will be brought to life by an artist’s design and auctioned at the end of the project to raise vital funds for the free ongoing care and support offered by St Richard’s Hospice to people with a serious progressive illness and their loved ones.

The company’s elephant calf has been gifted to the children at St Matthias CE Primary School, in Malvern, who will design and decorate the sculpture before going on display in a mini-parade through Worcester’s city centre shops and Crowngate Shopping Centre. The calf will then return to its creators as a lasting memory of the project.

Speaking about its involvement in Worcester’s Big Parade, Steve Morris, chairman and CEO, said: “The Morgan Motor Company is committed to supporting charitable causes, none more so than St Richard’s Hospice whose work is so important to our local community.

“As long-time supporters of St Richard’s Hospice, we are delighted to be taking part in Worcester’s Big Parade. A brilliant event that sits at the heart of the Worcestershire community, we are looking forward to demonstrating the creativity and versatility of the Morgan brand to residents and visitors alike.

“Morgan is also delighted to help inspire the next generation of craftsmen and women by supporting the involvement of children from St Matthias CE Primary School in the parade. They will get to see their own craft skills on display in Worcester city centre and experience the pride of creating their own work of art.”

Mrs Beale, headteacher at St Matthias CE Primary School, said: “We’re so grateful to the Morgan team for choosing us to take part in this project next year.

“Having seen the sheer joy and sense of achievement the giraffe trail brought to other local children, it’s really exciting to be involved this time. We can’t wait to get started on our elephant design; it’s something for us all to look forward to after all the twists and turns of 2020.”

Worcester’s Big Parade builds on the hugely successful Worcester Stands Tall giraffe trail in 2018, which saw giraffe sculptures displayed across the city before raising £210,000 for St Richard’s Hospice at auction.

Sara Matthews, Business Development Manager at St Richard’s, said: “We are absolutely thrilled that Morgan Motor Company are joining us for next year’s trail.

“Each sponsor will bring something unique to the parade and we just know that the team’s passion for quality design and a perfect finish will really come to bear in choosing their sculpture design.”