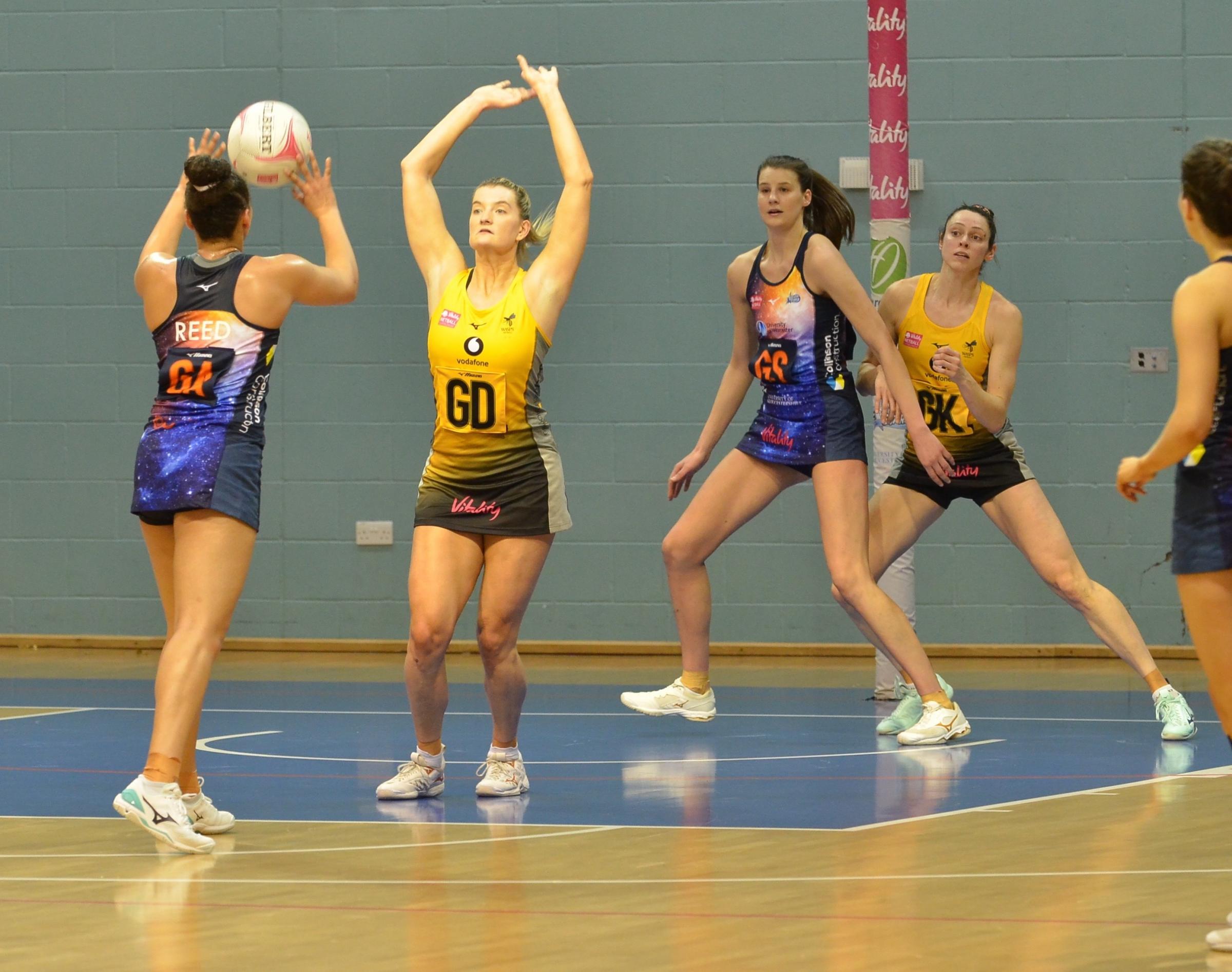 SEVERN Stars defeated Wasps in a thrilling last quarter, turning the match around with a nine-goal run that proved crucial.

The team got their first win of the 2020 Vitality Netball Superleague season in style, coming back from five goals down with 15 minutes to go to win 59-54 at the University of Worcester Arena.

“I made it clear it was a win we needed and a win that I wanted.

“It was neck and neck all the way through and I am super proud of everyone in the last quarter ­— we won that by 20 goals to 10.”

Wasps took an early lead in the derby thanks to mid-courter Amy Flanagan but Stars were soon back on track after both their shooters made clean intercepts to convert their own goals.

A quick change from Stars saw Bethan Dyke replace Lucy Harris and they had quickly pulled back the score to level the match.

Their defensive wall of Towera Vinkhumbo, Ella Powell-Davies and Nia Jones forced Wasps into some errors and the quarter ended with Stars enjoying a narrow 16-14 lead.

Both teams went goal for goal throughout the 15 minutes of the next quarter, finding their respective shooters in the circle who converted the chances for their sides.

However, a missed goal from Stars led to England international Fran Williams getting the rebound and sending the ball down court to shooter Rachel Dunn to finish the quarter with the hosts just in front at 29-28.

Bessell brought in Ama Agbeze for Powell-Davies at the half-time interval but Stars goal keeper Vinkhumbo was quick to make her mark with Wasps’ goal shooter getting the contact call.

Stars transitioned well down court and were able find Rowe under the post.

Neither sides continued to let anything go throughout much of the third quarter but eventually Wasps came up with some answers, finding turnovers to take the lead at 44-39.

It was neck and neck in the opening minutes of the final quarter but Stars’ defensive hard work paid off with Vinkhumbo and Agbeze getting turnovers that were converted into goals for their side.

Stars went from being four goals down with nine minutes to go to being three up.

A run of nine straight goals saw them out to eventual winners 59-54.

Bessell added: “It was vitally important we kept possession of our centre pass.

“Everyone had to do their job and that’s exactly what everyone did.

“We won this game and it was the 10 players who won it, not just the seven on court.”

Stars’ next match with Loughborough Lightning at the University of Gloucester Arena on Saturday looks set to be postponed due to the Coronavirus outbreak.