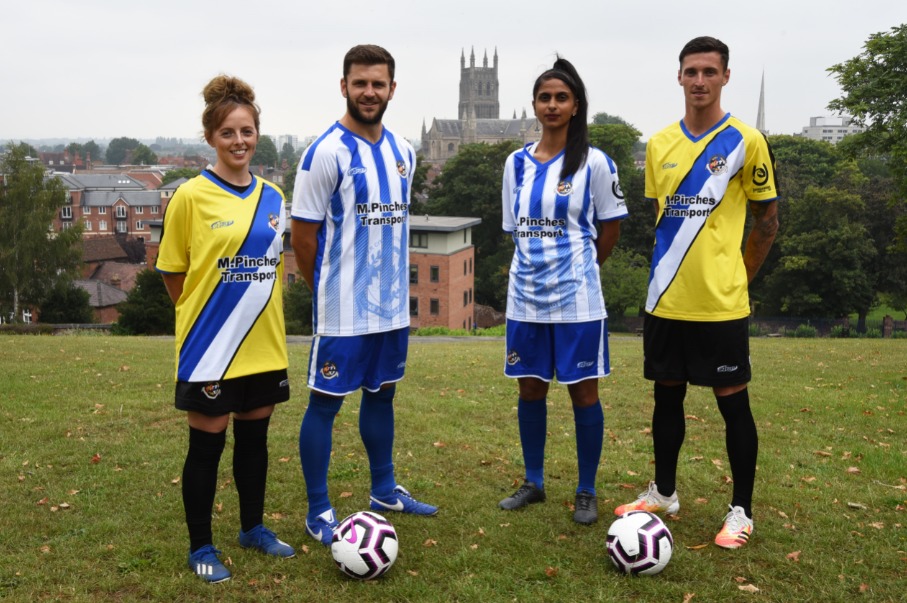 WORCESTER City’s new kits for the 2020/21 season have been unveiled. Following the club’s new partnership with Ace Embroidery and Surridge Sports.

Club Captains Craig Jones and Hayley Simpson, along with Jamie Smith and Sunya Salim launched the new shirts as the club prepares for its long awaited return to the city after seven years in exile.

A Worcester City spokesman said: “For our return to the Faithful City and the beginning of a new era, it was important that we started with a new look on the pitch as well as off it and ideas for the kit design came from our owners – the supporters.

“The shirts are fully sublimated and for extra personalisation we have added our year of formation to the collar. The badge can be seen watermarked on all shirts.

“Since January we have worked hard with both Ace and Surridge on designs and tweaks and had planned to release the kit earlier, however Covid 19 caused delays.”

As well as the First Team, all other teams within the Club will begin transition across to the new kit.

All shirts are available now to order from www.wcfcshop.com – Order before Friday, August 21 to ensure you are wearing the new colours by end of September. 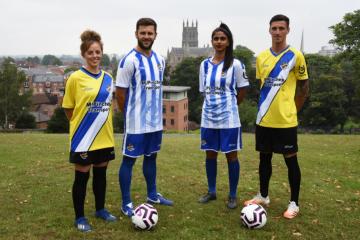