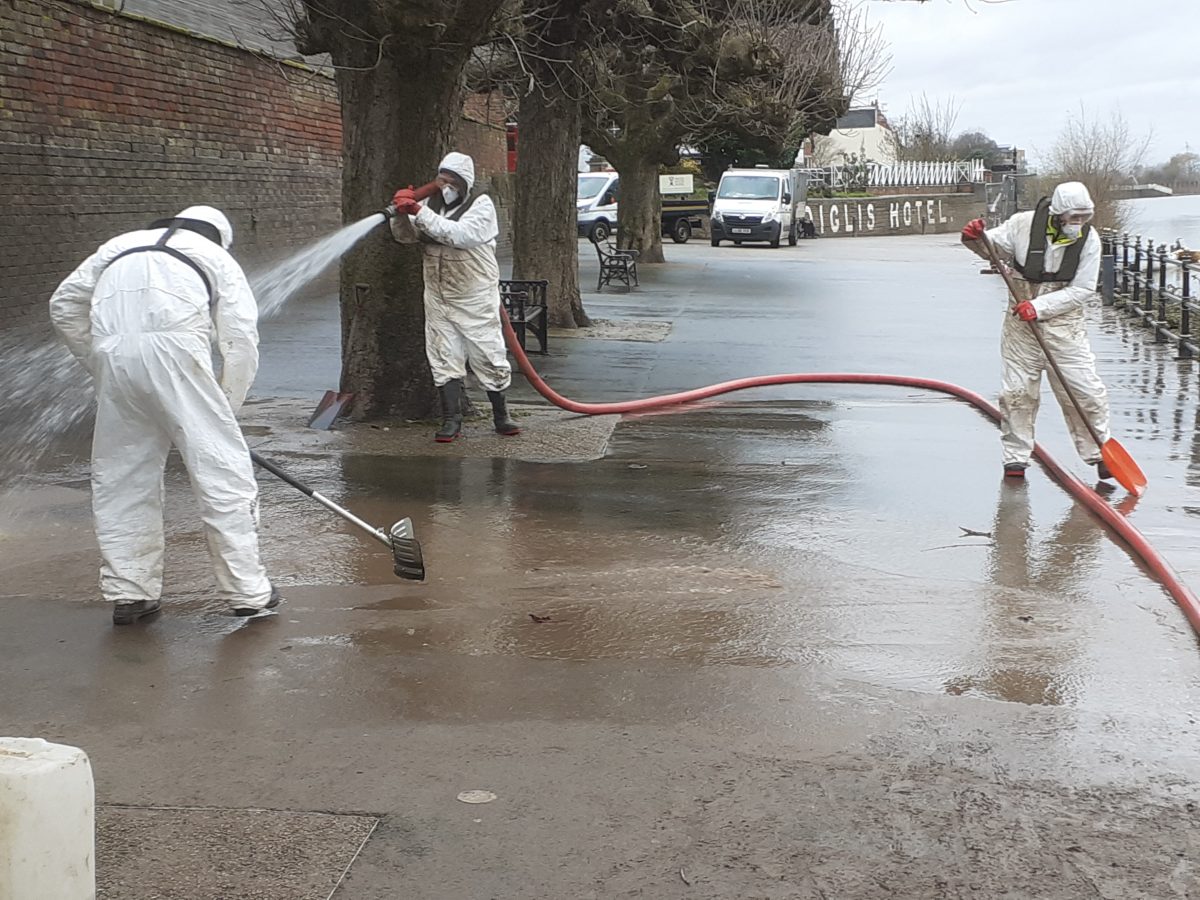 COUNCIL chiefs have asked city residents to take care as the clean-up following last month’s floods gets into top gear.

Continued heavy rain over the Welsh hills fed down stream and saw the River Severn expand onto the flood plain once again to end 2020 as it begun with flooding in the heart of the city.

Council staff began the task of reclaiming the riverside paths from the effects of mother nature on Monday (January 4).

Among the teams in action are those on the riverside path near the Diglis Hotel. They are part of a crew of 25 who are jet-cleaning the paths from there to the Cathedral steps, and also working at the Kleve Walk area near Brown’s restaurant.

Staff were also expected to be in action cleaning up around Pitchcroft. The teams are working in full PPE to reduce the risk of Covid infection or of spreading avian flu.