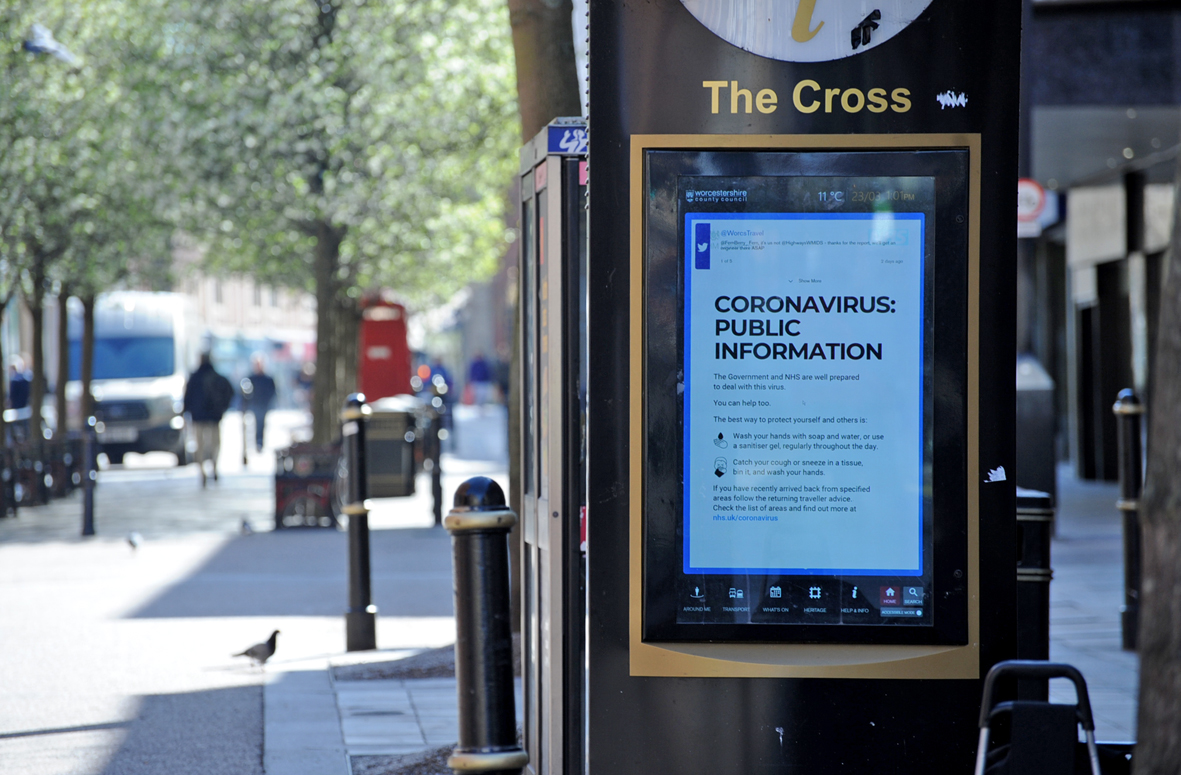 BUSINESS chiefs have expressed their disappointment at the Government’s proposed new Coronavirus lockdown, due to come into effect this week.

Worcester BID bosses spoke out after Prime Minister Boris Johnson revealed a second national lockdown would begin on Thursday (November 5) in a bid to ease the pressure on the NHS.

Number 10 was forced to reveal its plans for a month-long shutdown on Saturday (October 31) after plans for an announcement on Monday were leaked.

Should it be approved, all non-essential shops, leisure centres, cinemas, pubs and restaurants will be closed.

However takeaway services will be allowed to continue.

The furlough scheme will be extended into December to cover the wages of people forced to stay at home.

However, schools and universities will remain open as will workplaces where employees are unable to work from home, such as in the construction industry. Childcare providers such as nurseries will also remain open, according to the Prime Minister.

Residents will only be able to leave home to go to school or work, for medical reasons. to shop for food and essentials or provide care for vulnerable people or volunteer.

In a statement on Twitter, Worcester BID said: “We are disappointed with this announcement and want to ensure the businesses know we are here for them to support them through these challenging times ahead.

“We will continue to work closely with Worcester City Council and Regulatory Services for full support in implementing guidelines, risk assessments and any other support.

“We urge all non-essential businesses contact us with their online shop details for us to actively promote you through the @VisitWorcester campaign. We will do all we can to increase your visibility over these challenging weeks ahead.”

Speaking after the Government’s scientific advisors Sir Patrick Vallance and Professor Chris Whitty revealed a series of data showing the state of the infections and hospitalisations in England, Mr Johnson said he had a ‘moral’ duty to act.

“It’s my sincere hope and belief by taking tough action now we can allow families to be together at Christmas. It’s is going to be different this year, perhaps very different,” he said.

Should Parliament approve the plans on Wednesday, the proposed lockdown will be longer than the two week ‘circuit breaker’ proposed by Labour leader Keir Starmer earlier this month.

At the time a Government source said: “Starmer is a shameless opportunist playing political games in the middle of a global pandemic.”

Visit www.worcesterobserver.co.uk from 1pm each day from tomorrow (Thursday) to hear from a local business about how a second lockdown will affect them and how you can help