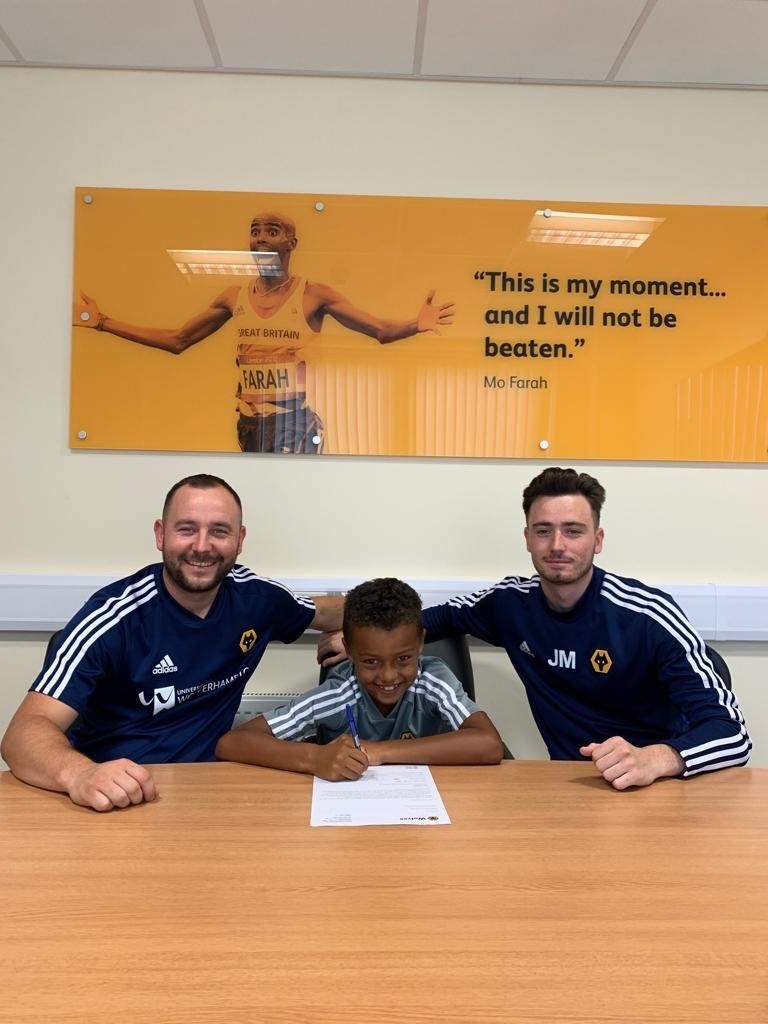 A TALENTED young footballer from Worcester has seen his dream come true, being snapped up by a Premier League club.

Eight year-old Kobe Otun from St John’s has signed a contract with Wolverhampton Wanderers Under-9s, seeing off rival offers from other teams including Aston Villa and West Brom.

Despite the interest from the midlands rivals, he decided to stay with Wolves.

His mum Donna Hill said: “Kobe started when he was about three and was scouted by West Brom.

“At that time he wasn’t playing for grass roots team, so we got in touch with West Worcester Youth and in June 2018 he played his first game.”

Since then, the young midfielder spent time training with both Albion and with Aston Villa, but jumped at the chance when Wolves came in, being scouted after playing a game against one of the Wolves youth teams.

He played so well that the Wolves scouts approached the family in the car park after the game offering to sign him up.

Mrs Hill was full of praise for the care offered by the Wolves academy, who have been keeping him trained even during the lockdown with online video training.

She said: “The club really takes care of the players. It has been hard (the lockdown) but he still trains the same amount of time.

“They do Zoom coaching sessions with everyone and they set them all challenges to do which we film and send back to them. The coach then gives feedback and more challenges.

“It is so frustrating for him and all the kids as they just want to go out and play.”

Kobe’s official signing took place earlier this month, but due to the lockdown, it had to be done via video conferencing. As part of this, he was able to ask Wolves skipper Conor Coady a few questions.

While with the academy, he has also accompanied the team to games across the country, creating wonderful memories for the future.

Mrs Hill added: “We are still trying to keep his feet on the ground even though it is an amazing opportunity.

“Wolves are great at teaching the kids that it might not work and they might not make it, so it is all about keeping him grounded even though it is a great opportunity at the same time.

“The club offers them many other avenues in the game and in life so are really supportive.” 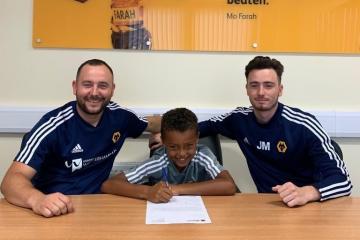