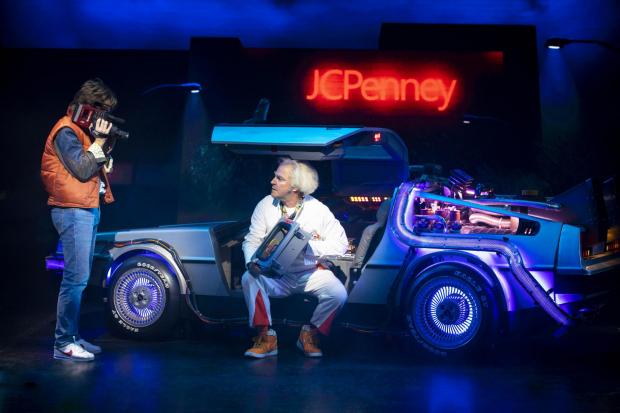 As prices rise on the luxuries of life you might think that a trip to see a West End show is out of reach.

The sale is just for May but you can book seats to any of the shows available in the deal on date across the summer.

From deals including no fees, discounts, and exclusive prices now is the time to grab some tickets to some of the best shows on the West End.

🎟 EXCLUSIVE PRICES 🎟
Make memories this summer with no fees and exclusive prices on ALL West End shows, including:
👉 Disney’s Frozen
👉 Harry Potter and the Cursed Child
👉 Matilda
👉 The Play That Goes Wrong

So whether you want to see Frozen, Jersey Boys, Harry Potter and the Cursed Child, Maltiald and many more there’s plenty to choose from.

And even better we’ve saved you a job and rouned some of the best deals to some of the top shows available now.

The Disney musical at Theatre Royal Drury Lane has exclusive prices and no fees on selected seats.

Get exclusive prices to see Frozen on the West End now via Ticketmaster.

Harry Potter and the Cursed Child-

The play based on one of the biggest book and film franchises in history has currently got tickets starting at £15 per part.

And there are no fees on selected seats too, you can get tickets to see the show now.

Back To The Future-

See the brand new, award-winning musical based on the iconic 80s film and save some hard-earned money.

As the current deal lets you get exclusive prices and no fees, with prices starting at £19.55 and not reaching above £75.

Get tickets to Back To The Future now via Ticketmaster.

Back To The Future The Musical (c) Sean Ebsworth Barnes

The jukebox musical that is based on the story of one of the biggest banks at its time, The Four Tops has a great deal on.

Get tickets to the Jersey Boys now via Ticketmaster.

Watch the beloved Roald Dahl book come to life with the Matilda Musical and get some tickets for a great price.

As the show currently has exclusive prices on selected seats and no fees with prices starting from £35.

Get tickets to see Matilda the Musical now via Ticketmaster.

The Play That Goes Wrong-

The hilarious show at the Duchess Theatre has an amazing deal with up to 52% off and no fees on selected seats available now.

You can book a seat at the show now with prices starting from £22 via Ticketmaster.