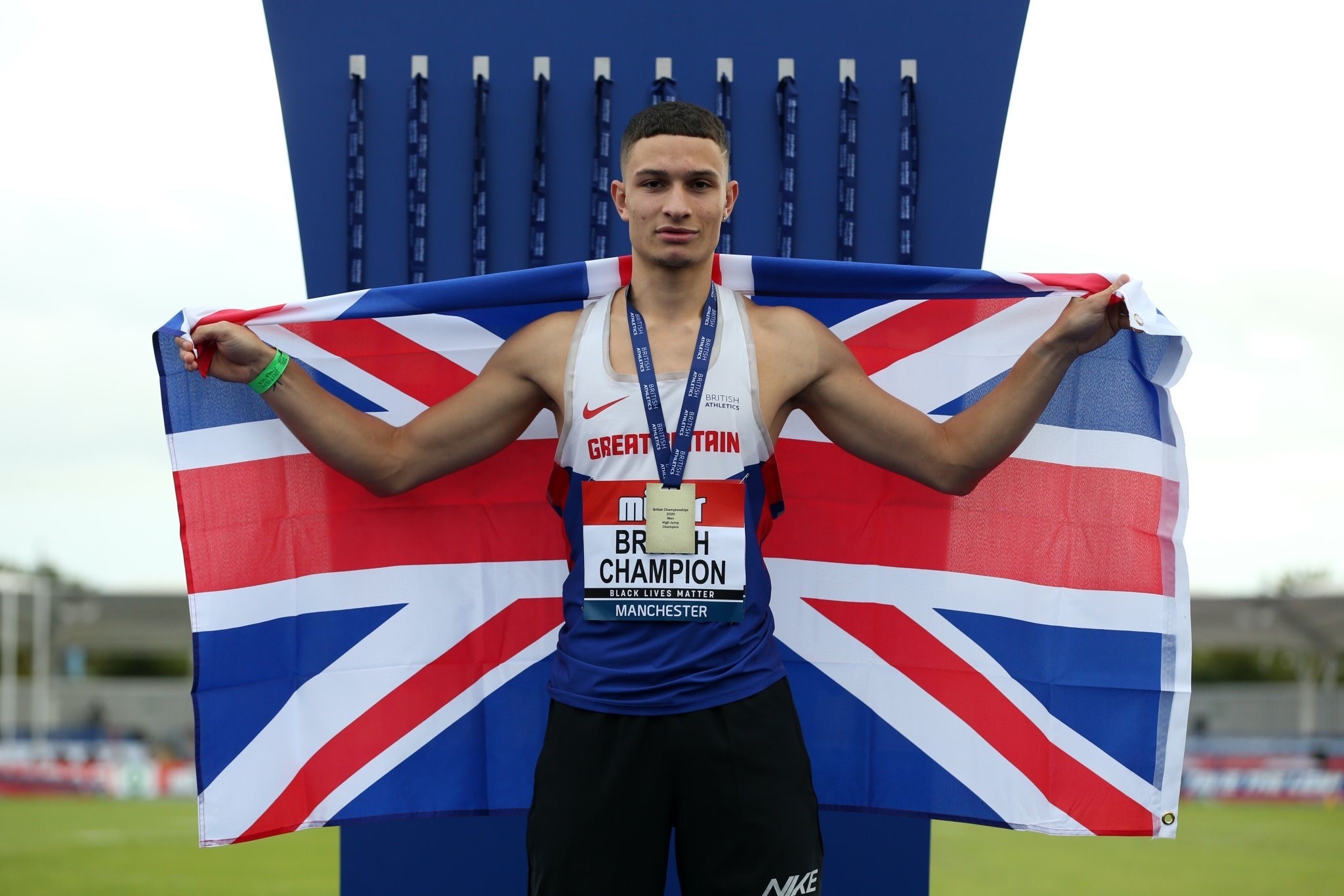 The 20-year-old, who has trained with Worcester Athletic Club since the age of 13, surpassed expectations to take gold at the Muller British Athletics Championships by clearing 2.18m.

It forms part of Clarke-Khan’s impressive comeback from a ruptured patellar tendon after attempting another personal best of 2.21m, an injury that required surgery.

His achievement also came despite not having access to high-jump beds during the Covid-19 lockdown.

“I have trained hard to rehabilitate since the injury and I’m really pleased with my performance at the British Championships,” he said.

“I felt strong even after the training situation changed due to the lockdown and I went into the competition hoping to get a medal.

“I’m excited about upcoming competitions next year and hope to qualify for the European under-23 championships. My coach is already planning my training for the year ahead in preparation.”

Coach Deirdre Elmhirst said: “During lockdown Joel managed to carry on training to keep developing his fitness and strength even though he could not high jump.

“He trained at home and in the local park, using whatever equipment we had or could find that was suitable. After doing only five high-jump sessions back at the track, we knew that Joel was in good shape, jumping well and ready to compete for a medal.

On the day of the British Championships Joel was nervous because he had not competed since February and the Covid restrictions made the atmosphere very different.

“However, he harnessed these nerves and used them to good effect. His self-belief and mental strength were a huge factor in his performance and the best jumper on the day won.

“Joel now goes into winter training to get ready for next season where he will hopefully be selected to represent Great Britain & Northern Ireland at the European Under-23 Championships in Norway.”