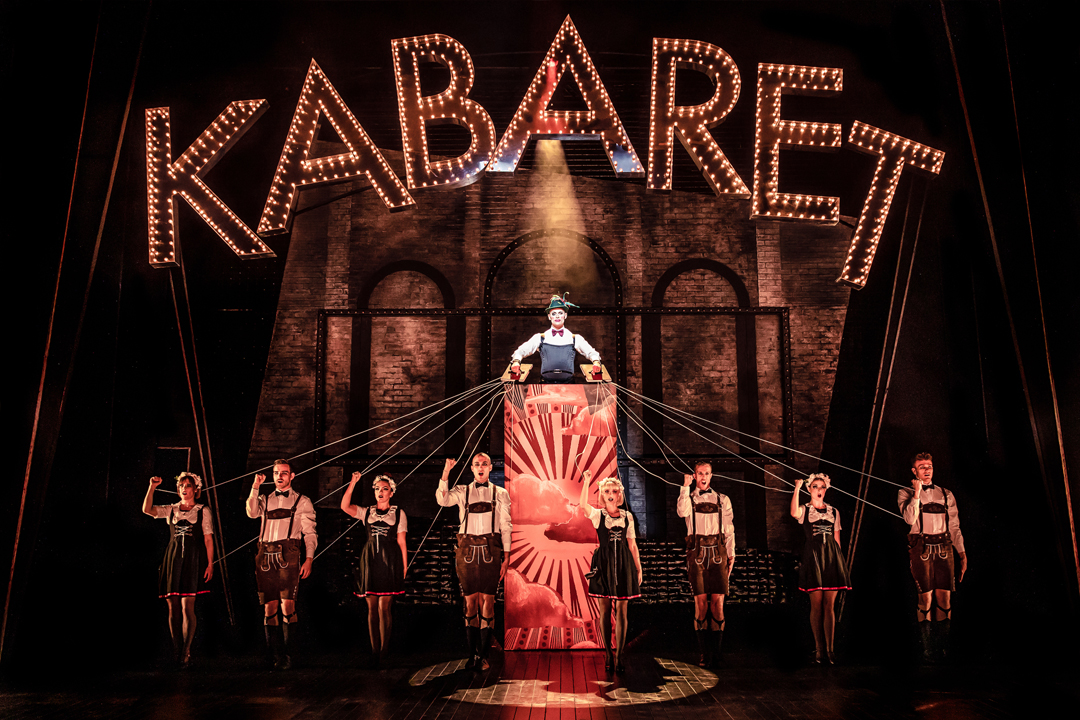 WORCESTER has every reason to feel proud this week of the city’s Rufus Norris who has created and brought what must be the ultimate version of this celebrated story to his old home patch.

Norris is artistic director of the National Theatre and now associated with any number of West End hit shows.

But this supremely intelligent interpretation of the John Kander and Fred Ebb musical must surely now be the glittering, glitzy pinnacle of all his glorious stage achievements.

There are plenty of reasons why this version of Cabaret has raised the bar by several notches.

The role of Emcee in the 1970s film was played by Joel Grey and a recent stage presentation by Will Young. But neither actor was able to satisfactorily combine the camp and the darkly conspiratorial with the consummate ease that John Partridge brings to the role.

He alone has created the sense of foreboding which anticipates the approaching horror that will soon see the decadence of 1930s Berlin forever crushed beneath the Nazi jackboot.

It would have been very easy to have crudely drowned our senses in a sea of stockings and suspenders, but the director wisely avoids that pitfall, instead stressing the essential vulnerability of entertainers about to be swept away in the coming storm.

There are some truly fine performances, notably from Anita Harris as Fraulein Schneider, Charles Hagerty as struggling writer Cliff Bradshaw, Nick Tizzard as Ernst Ludwig, and James Paterson playing the part of the hapless Herr Schultz.

Chillingly, the Jewish shopkeeper Schultz fails to realise what is happening all around him. A lesson from history indeed… and one that may not yet have been learnt.

Cabaret runs until Saturday (November 23) and is a resounding triumph for Worcestershire’s very own Rufus Norris and his fine cast of players.