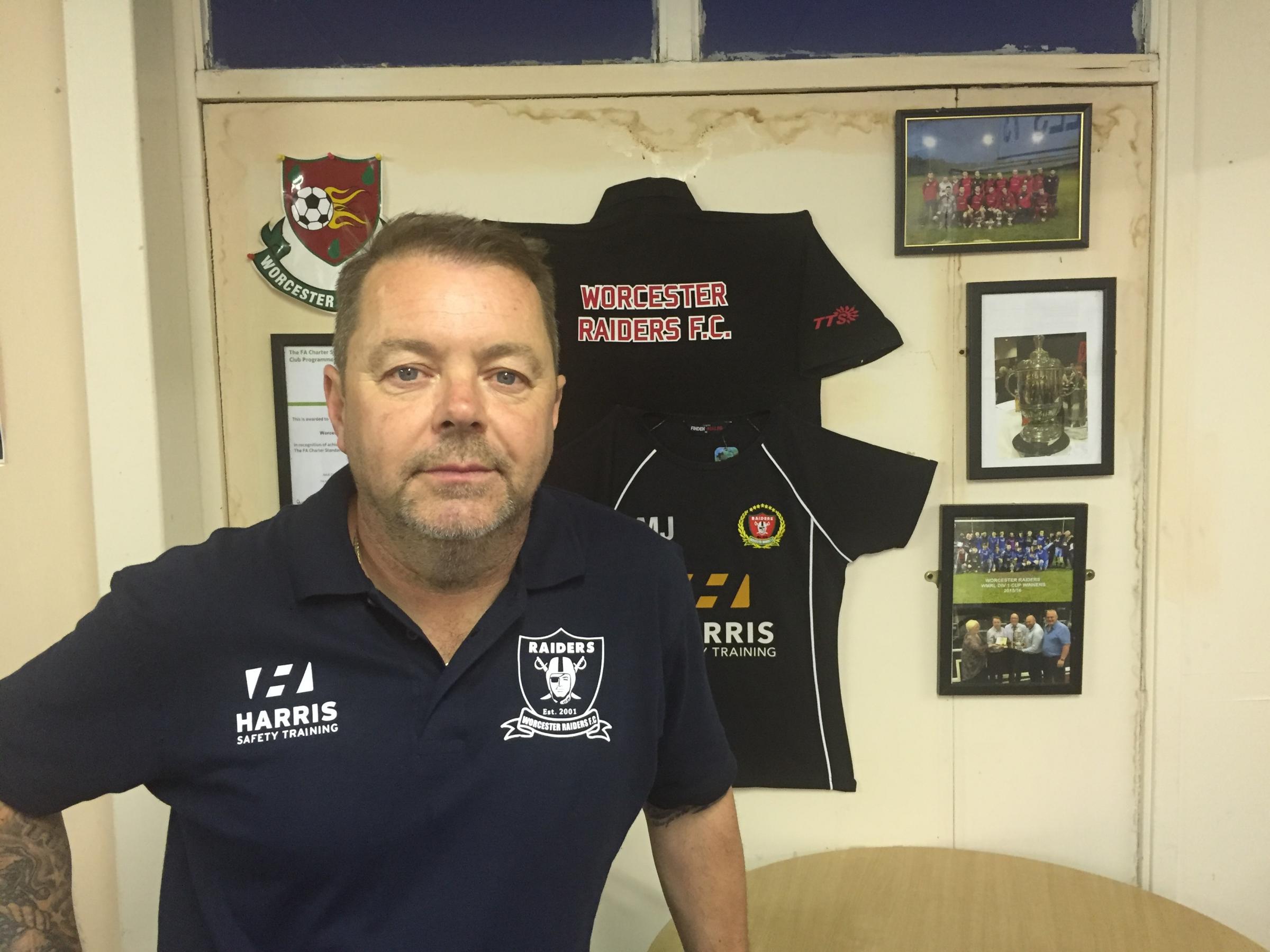 WORCESTER Raiders chairman Kevin Jenkins admits consolidation is the best way forward for the club as their recent poor run seems to have ended hopes of a top-four finish.

Raiders slipped to a 2-0 defeat at second-from-bottom Dudley Sports on Tuesday night which was their third match in a row without a win.

Chairman Jenkins suggests that the ambition the club has will always be there but given this is their first year at this level he suggests developing the squad for next season is crucial.

“The last two results have been very disappointing,” he said.

“I was there on Tuesday and in the second half alone we had 22 shots on target that I counted. It was just one of those days really.

“We are playing good football at the moment and this time last year we would have won Tuesday night’s game 3-2 with a last-minute winner but this season it just isn’t working out the same.

“In all honesty, promotion talks were great at the start of the season and we wanted to be ambitious but now, hand on heart, I think we should just be looking to consolidate for this season and build ahead of next season.

“This is our first year at this level and we should consolidate and look forward to next year.

“Next season we can go and focus on doing better in the league and maybe even going to try to win it, we are good enough.”

Raiders will hope to return to their Claines Lane home this weekend after the ground was vandalised last week which caused their game with leaders Shifnal Town to be postponed.

This came after the ground was savaged by the wet weather but Jenkins says the ground has been repaired and the game is all set to go ahead against Bilston Town in the West Midlands (Regional) League Premier Division tomorrow (3pm).

“The ground is all back in shape,” he added.

“The ground itself and all the facilities have been repaired and the pitches are about as perfect as they could be and hopefully now everything is back to normal.

“We have been working hard on the pitch and have fitted in some drainage under them so that has helped with water and hopefully we’re good to go.

“It is what it is I guess but it’ll be good to get back to it at Claines Lane this weekend.”

Police are involved and the case is ongoing.

Jenkins added: “They stole copper wiring and pipes and in general just vandalised the place.

“As far as I am aware the police are following leads they have into finding out who did it but otherwise that’s all we know at the moment.”