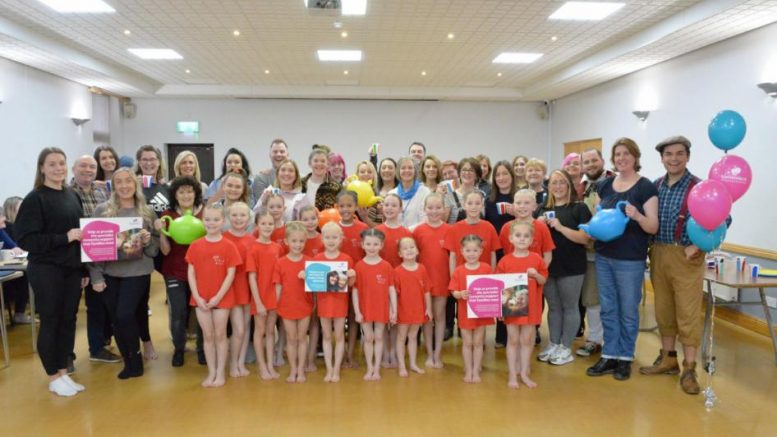 Worcester’s Kays Panto returns to the Swan Theatre next week with Alice in Wonderland – with their chosen charity being the dementia care Admiral Nurse service.

Opening on Thursday, January 19 for 14 performances until Sunday, January 29 – it will be Kays’ 68th production, especially adapted for them by Anthony Stuart-Hicks from the original by Lewis Carroll.

The panto is set to have everyone’s favourites, including Alice, the Mad Hatter, the White Rabbit, Queen of Hearts a Bake-Off tent!

When debut director, Rebekah Bott, was asked which charity she would like to dedicate to receive proceeds from Alice in Wonderland, she had no hesitation in nominating the Hereford and Worcester Health and Care NHS Trust Admiral Nurse service.

Rebekah first appeared in a Kays Panto as a junior dancer and became ‘Goldilocks’ in Kays’ 2007 production followed by Maid Marian in ‘Babes in the Wood’.

A few years later she went on to appear in Sir Wayne Sleep’s ballet adaptations of Alice in London and on Blue Peter.

Fast forward to 2019, she then had a vision for Alice in Wonderland, the pantomime.

And thanks to Kays Theatre Group committee – the dream has now become a reality for Rebekah.

“When my grandfather was poorly and the family coping with his increasing dementia, the local Admiral Nurses were so supportive of our family, and Grampy, giving personal care and compassion in the home,” she explained.

“I can’t thank them enough.”

Admiral Nurses are registered nurses who specialise in dementia, giving practical and emotional support to family carers, alongside the person with dementia.

They offer a support to families throughout their experience of dementia using interventions tailored to each family’s individual needs.

They provide families with the knowledge to understand the condition and its effects, the skills and tools to improve communication and offer emotional and psychological support to help family carers to sustain their caring role.

They manage complex cases and also provide specialist support and advice to other professionals.

Admiral Nurses are supported professionally by the charity DementiaUK, who work in partnership with Herefordshire & Worcestershire Health and Care NHS Trust.

Kays Theatre Group continue to promote performing arts with their bursary scheme, further details and applications can be found at http://kaystheatregroup.co.uk/kays-theatre-group/our-supported-charities

Tickets, priced only £13.50, for Alice in Wonderland are now available from Worcester Theatres Box Office at Huntingdon Hall, on line at www.worcestertheatres.co.uk or by phone 01905 611427.